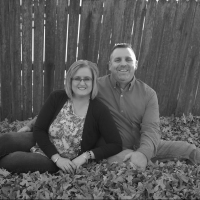 Pastor Seth and his family joined Cimarron Worship Center in July of 2012 as Associate and Youth Pastors serving their Youth, Congregation and Community. In September of 2015 Pastor Seth and his wife Tammy assumed the role of Senior Pastor continuing to serve their church family.

Seth and his wife Tammy married in June 1994. They have two sons Jakob,19 and Joshuah 16. Seth was raised in the Perkins-Tryon area his entire life later graduating from Agra. Perkins is home to him and he has truly enjoyed coming back to serve in his community and church. Seth and his family began serving in church in 2004 later being called into Youth, Children’s and Worship Ministries where they served for nine (9) years.

During their service Seth was called to Pastor and began his Education with the Oklahoma School of Ministries with the Assemblies of God receiving his Certification, License and Ordination as a Minister.

His wife Tammy has worked in the Accounting Profession for the last twenty years taking time off while their boys were in Elementary and Middle School to be a full time stay at home Mom. In January 2013 she returned back to the work force working full time for Payne County in the County Clerk’s Office as the Accounts Payable/Warrants Deputy. In January 2017 she became First Deputy to the County Clerk and now works in the HR and Payroll division of the office. Tammy serves alongside her husband while also heading up the Children’s Ministry as Children’s Pastor.

We look forward to an opportunity to meet you and your family!